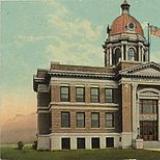 An intriguing 911 call was recorded in 2009 and uploaded to Youtube.com. In the conversation, a homeless couple details their encounter with what they believe was Bigfoot. The woman, who reported the sighting, explains that the creature devoured a deer and then "took off and screamed, screeched, and took off across the street." The "Bigfoot" was said to be over 6'3" and smelled dreadful. 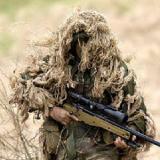 While trying to induce a Bigfoot sighting, Randy Tenley was struck by multiple cars in Northwestern Montana. Tenley, who had apparently created similar hoaxes in the past, was walking along Highway 93 wearing a ghillie suit and was hit a car driven by a 15-year-old girl. Once on the ground, he was struck by another vehicle. Officials say we was dead at the scene.

Scientists and researchers from Oxford University and the Lausanne Museum of Zoology are asking cryptozoologists for their evidence of bigfoot and other unkown species. Bryan Sykes and Michel Sartori will be accepting evidence until September. The DNA test results will then be released in a peer-reviewed journal.

According to naturalplane.blogspot.com, a mother and her two sons claimed to have seen the mothman in West Virginia on March 2nd, 2012. The post features a firsthand letter written by the witness. She described the creature as being 5 feet tall, having a wing span of 12-15 feet and looking like a "huge butterfly". One of her sons described it as a "person dressed up in a black suit", but didn't see any arms or legs. 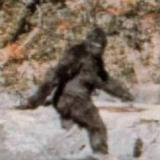 Cryptomundo reports that the Texas Parks and Wildlife Department has offered an opinion letter on the legality of hunting Bigfoot in the state of Texas.  In a response to John Lloyd Scharf, the department explains that bigfoot (and presumably chubacabra and any other crypto-zoological creature) would fall under the category non-protected/non-game wildlife.  According the department’s letter, a non-protected nongame animal may be hunted on private property with landowner consent by any means, at any time and there is no bag limit or possession limit.  Given this opinion, it appears that hunters may take such creatures absent the state declaring additional protections (such as declaring sasquatch an endangered species). 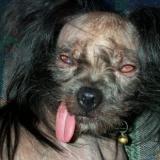 According to Life's Little Mysteries a "dog-headed pig" is terrorizing northern Namibia. Andreas Mundjindi, a regional councilor, was quoted saying, "This is an alien animal that the people have not seen before. We don't have a forest here, only bushes. So, this must be black magic at play." Many residents believe that this the result of some supernatural sorcery or witchcraft. 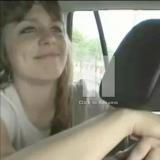 This video is kind of intriguing. The object is very faint, but it does appear to have some shape to it. What do you guys think? 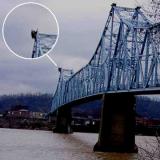 Do you have any evidence of the Mothman?

There have been numerous witness accounts of the Mothman around the Point Pleasant area of West Virginia and more recently world-wide. Sightings originally started in 1966 in West Virginia, but have spread to other areas in the last few years. Witnesses are claiming to have seen the Mothman right before catastrophic events such as plane crashes and earthquakes. According to wikipedia, it is believed that the Mothman is an alien, supernatural manifestation, or an unkown cryptid.